Little changes at the top. Executive support & user involvement were noted in the 1970s as 2 main success/fail factors. 'Agile Process' is an evolution of 'Smaller Project Milestones' (the bit of agile that's actually about process is "deliver working software frequently", which is "smaller project milestones" in olde 1990s language). 'Clear Vision and Objectives' is re-branded as 'Clear Business Objectives'

But note the varying evaluation of the importance of the people. At one level technical stuff will get done if and only if you have competent people actually doing it — it's make or break. But so are all the factors above "Skilled resource" or "Competent staff", albeit less obviously so.

Emotional Maturity is new. The cynic may note that the Standish group will sell you an Emotional Maturity Test Kit (the less cynical may say Standish are attempting to address a problem). Actually their analysis of emotional maturity is largely about character and behaviour which may be a sign that the English word 'emotion' has grown in what it means compared to 20 years ago. They include arrogance and fraudulence; I can see arrogance as a symptom of emotional immaturity, but fraudulence may mean "I've considered what counts as getting ahead in our society and it seems to me that taking the company for everything I can get before they take me for everything they can get is the way to go". Fraudulence is wrong, but ain't always emotional. I think "personal maturity" — or just maturity — is the idea they're grasping at. It's about having good people.

But the top factors are not prioritisable. I think they are all essential. Rating one above the other says more about relative scarcity than relative importance. When it's really hard to get competent, skilled, hard-working staff then that will be your top success factor. As it is, good executive support is harder to come by than competent staff. Apparently.

I'd summarise as follows:

will succeed, if success is possible.

More serious researchers point out all that is wrong with the Chaos report, most notably:

For an alternative and probably more balanced view of the 'state of IT projects' I'd look at Scott Ambler's annnual surveys: http://www.ambysoft.com/surveys/

He's right. Except that state that can be updated from multiple places in an unfathomable way is far more painful to debug than spaghetti code that's all on page.

Cloud computing is a model for enabling convenient, on-demand network access to a shared pool of configurable computing resources e.g., networks, servers, storage, applications, and services that can be rapidly provisioned and released with minimal management effort. 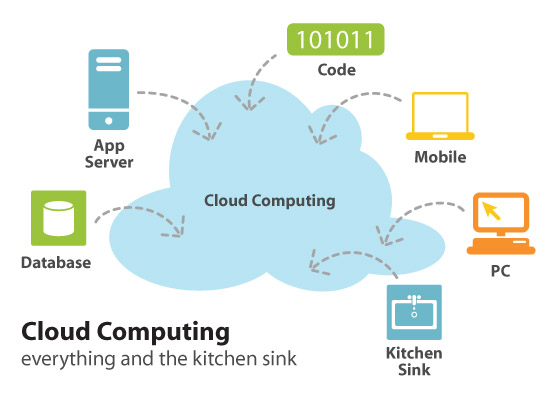 And finally a bonus:

A History of Cloud Computing in Three Sentences

Ben Higginbottom makes a significant point right at the top of this question about the Knight Capital fiasco:

Was the Knight Capital fiasco related to Release Management? On August 1, 2012, Knight Capital Group had a very bad day, losing $440 million in forty-five minutes. More than two weeks later, there has been no official detailed explanation of ...

Ben Higginbottom: Nightmare scenarios like this are not the result in the failing in any one discrete components that can be 'fixed' simply and sweetly by improving the process, but by small failures in multiple domains (I'm kind of reminded of a fatal accident investigation). So coding error, gap in the unit testing, weak end to end testing and poor post release testing coupled with a lack of operational checks when live. I can understand the desire for a 'silver bullet' fix, but in any complex system I've never known them to exist.

Sometimes, it's the whole, not the parts, that needs fixing.